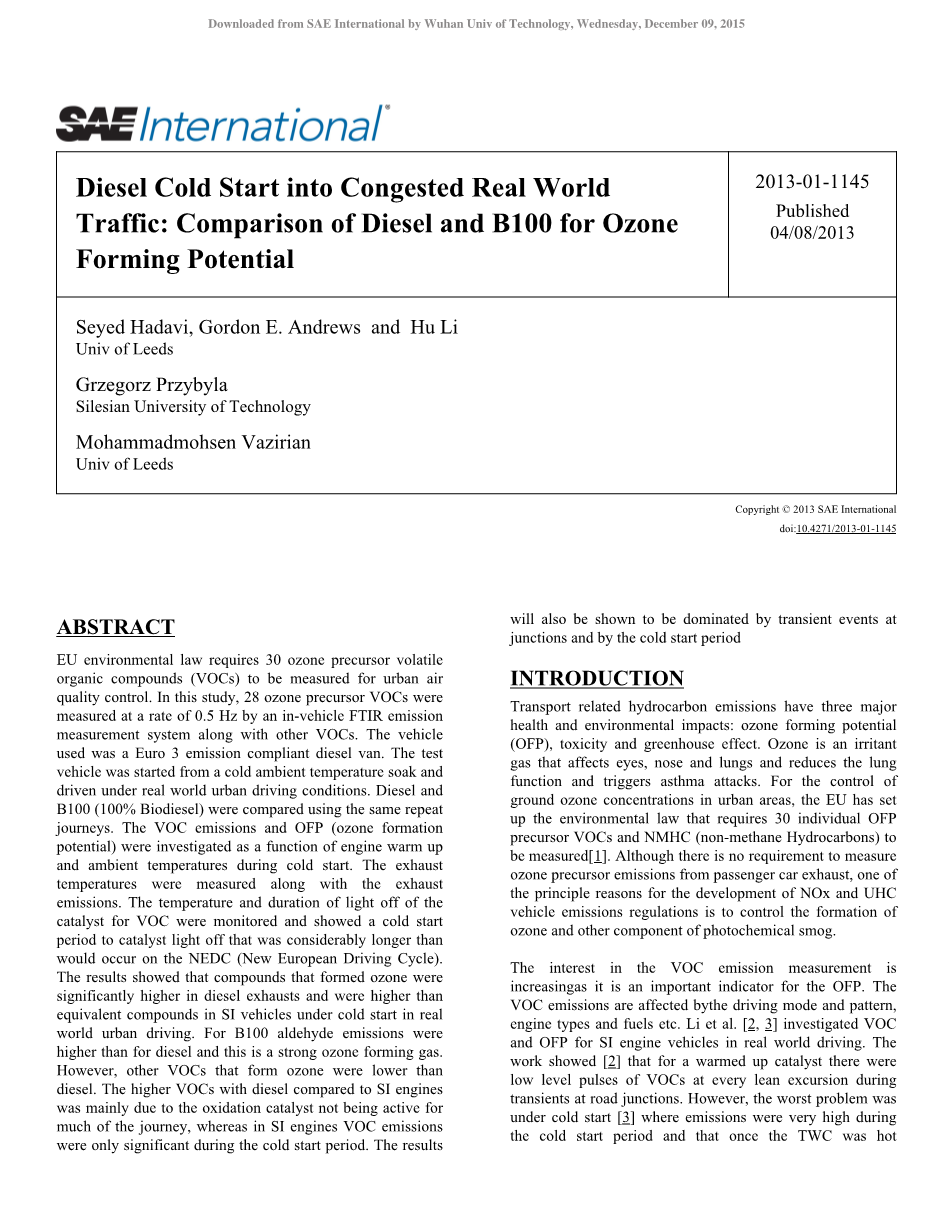 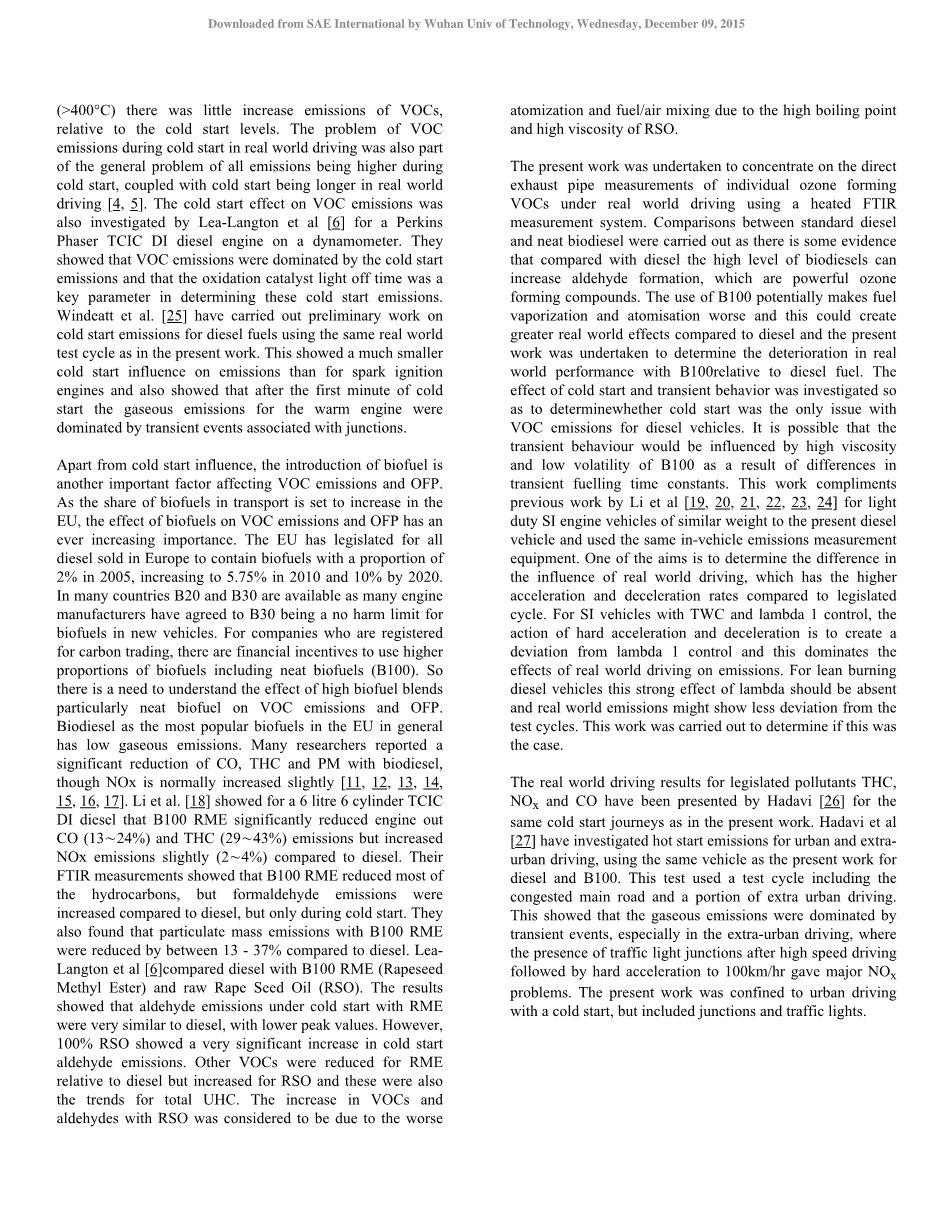 Traffic: Comparison of Diesel and B100 for Ozone Forming Potentia

In this study, 28 ozone precursor VOCs were

measured at a rate of 0.5 Hz by an in-vehicle FTIR emission measurement system along with other VOCs.

The vehicle used was a Euro 3 emission compliant diesel van.

The test vehicle was started from a cold ambient temperature soak and driven under real world urban driving conditions.

Diesel and B100 (100% Biodiesel) were compared using the same repeat journeys.

potential) were investigated as a function of engine warm up and ambient temperatures during cold start.

The exhaust temperatures were measured along with the exhaust emissions.

The temperature and duration of light off of the catalyst for VOC were monitored and showed a cold start period to catalyst light off that was considerably longer than would occur on the NEDC (New European Driving Cycle).

The results showed that compounds that formed ozone were significantly higher in diesel exhausts and were higher than equivalent compounds in SI vehicles under cold start in real world urban driving.

For B100 aldehyde emissions were higher than for diesel and this is a strong ozone forming gas.

However, other VOCs that form ozone were lower than diesel.

The higher VOCs with diesel compared to SI engines比较柴油和B100对臭氧形成潜在作用的大小。

was mainly due to the oxidation catalyst not being active for much of the journey, whereas in SI engines VOC emissions were only significant during the cold start period.

Ozone is an irritant gas that affects eyes, nose and lungs and reduces the lung function and triggers asthma attacks.

For the control of ground ozone concentrations in urban areas, the EU has set up the environmental law that requires 30 individual OFP precursor VOCs and NMHC (non-methane Hydrocarbons) to be measured[1].

Although there is no requirement to measure

ozone precursor emissions from passenger car exhaust, one of the principle reasons for the development of NOx and UHC vehicle emissions regulations is to control the formation of ozone and other component of photochemical smog

However, the worst problem was under cold

start where emissions were very high during

the cold start period and that once the TWC was ho(gt;400°C) there was little increase emissions of VOCs,relative to the cold start levels.

engines and also showed that after the first minute of cold start the gaseous emissions for the warm engine were dominated by transient events associated with junctions.

Apart from cold start influence, the introduction of biofuel is another important factor affecting VOC emissions and OFP.

As the share of biofuels in transport is set to increase in the EU, the effect of biofuels on VOC emissions and OFP has an ever increasing importance.

The EU has legislated for all diesel sold in Europe to contain biofuels with a proportion of 2% in 2005, inc